George Maker Thompson decides that he's not making enough money as a pirate and moves inland. He meets with Jinger Kind, a businessman from New Orleans. They feel that the local people are backward ... Read full review

American George Maker Thompson decides that he doesn't want to be a pirate in the Caribbean any more and that he can make more money by going inland.
He meets with a businessman from New Orleans, Mr.Jinger Kind. They discuss the local people who they consider backward. Their idea is that by taking land from the natives and building roads they would be bringing civilization and progress in return for personal wealth.
Thompson also meets and is charmed by a local woman named Mayaris.
Thompson, Mr. Kind, Mayaris' mother, Dona Flora and a man called the Commander set about buying the land from the natives. They don't mind using bullying tatics and state that if gold bullets (money) doesn't work, there's always lead.
Things go smoothly until Mayaris realizes that Thompson is taking advantage of her people. A servant named Chipt hears Thompson and his people plotting to take over the land by whatever means possible. Chipo vanishes into the wild and goes from village to village to spread the word not to sell the land and resist by whatever means possible.
Dona Flora has a great deal of land herself. Her daughter, Mayrais dresses in wedding white and goes into a river to drown herself in protest against Thompson. Dona doesn't seem too distressed and later marries Thompson herself.
The book tells the story of a greedy U.S. corportion that wants to become rich by getting uneducated natives to sell the one thing they have, their land.
There isn't much suspense in the novel and it reads more like a journal than a novel. However it does deliver the message of greed against the innocent.

Novelist, playwright, poet, translator, and diplomat, Miguel Asturias received the Nobel Prize for Literature in 1967 for what was considered highly colored writing rooted in national individuality and Indian tradition. His first novel, El Senor Presidente, a fictional account of the period of violence and human degradation under the Guatemalan dictator Estrada Cabrera, was completed in 1932 but not published until 1946 for political reasons. It was pioneering in its use of surrealistic structures and Indian myth as integrated parts of the novel's structure. Mulata (1963) uses a Guatemalan version of the legend of Faust as a point of departure for Asturias's inventive use of Indian myth. In 1966, Asturias received the Lenin Peace Prize for writings that expose American intervention against the Guatemalan people. Following the 1954 uprising, Asturias was deprived of his citizenship by the new government and lived in exile for eight years. After the election of President Julio Cesar Mendez Montenegro in 1967, he was restored to his country's diplomatic services as ambassador to Paris and continued to publish.

Gregory Rabassa was born in Yonkers, New York on March 9, 1922. He received a bachelor's degree in romance languages from Dartmouth College. During World War II, he served as a cryptographer. After the war, he received a doctorate from Columbia University and translated Spanish and Portuguese language works for the magazine Odyssey. He taught for over two decades at Columbia University before accepting a position at Queens College. He was a literary translator from Spanish and Portuguese to English. He would translate a book as he read it for the first time. He translated Gabriel Garcia Marquez's One Hundred Years of Solitude and The Autumn of the Patriarch, Mario Vargas Llosa's Conversation in the Cathedral, and Jorge Amado's Captains of the Sand. Rabassa received a National Book Award for Translation in 1967 for his version of Julio Cortázar's Hopscotch. In 2001, Rabassa received a lifetime achievement award from the PEN American Center for contributions to Hispanic literature. In 2006, he received a National Medal of Arts for translations which "continue to enhance our cultural understanding and enrich our lives." He wrote a memoir detailing his experiences as a translator entitled If This Be Treason: Translation and Its Dyscontents. He died after a brief illness on June 13, 2016 at the age of 94. 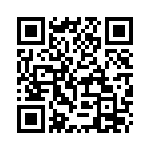