Sanders made a name for himself (and virtually launched the New Perspective on Paul) with his 1977 classic, Paul and Palestinian Judaism. In The Historical Figure of Jesus, he brings his immense ... Read full review

Excellent Analysis From An Historian's Perspective

Let me dispense first with the negative. The book offers little new by way of reconstruction of historical certitudes concerning Jesus of Nazareth. That said, I commend the author, a capable scholar ... Read full review

After receiving two baccalaureates in his native Texas, E. P. Sanders pursued graduate studies in Gottingen, Jerusalem, Oxford and New York, culminating in a Th.D. from Union Theological Seminary. He joined the Faculty at McMaster University, Ontario, in 1966. In 1984 he was elected Dean Ireland's Professor of Exegesis in the University of Oxford and a Fellow of Queen's College. He moved to Duke University, North Carolina, as Arts and Sciences Professor of Religion in 1990. He has held visiting professorships and lectureships at Trinity College, Dublin, and Cambridge University.

His field of special interest is Judaism and Christianity in the Graeco-Roman world. Paul and Palestinian Judaism (1977) won national book awards and Jesus and Judaism won the Grawemeyer Award in Religion and was chosen as one of the most significant works of religious history in the 1980s by the Sunday Correspondent. Other publications include The Tendencies of the Synoptic Tradition (1969), Paul, the Law, and the Jewish People (1983), Studying the Synoptic Gospels (with Margaret Davies, 1989), Jewish Law from Jesus to the Mishnah (1990), Paul: Past Master (1991) and Judaism: Practice and Belief 63 BCE–66 CE (1992). 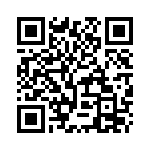