LOUIS G. PEREZ is Professor of Japanese History at Illinois State University in Normal, Illinois. He has been a Fulbright Scholar to China and a Visiting Scholar at the Japan Center for Michigan University at Hikone, Japan. He is the author of numerous articles on Japanese history, as well as of The Dalai Lama (1993) and a scholarly monograph on the Japanese foreign minister Mutsu Munemitsu. 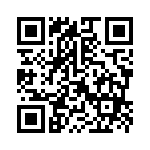