This is an excellent book covering the "climate wars." Michael Mann, contrary to the whining of some reviewers who appear to be part of the climate denial crowd, writes with modesty and restraint ... Read full review

THE HOCKEY STICK AND THE CLIMATE WARS: Dispatches from the Front Lines

Michael E. Mann is Distinguished Professor of Meteorology and Director of the Earth Systems Science Center at Penn State University. Despite being in the public eye, he continues an active research program in climate science and has published over 160 peer-reviewed papers in leading scientific journals. He is a fellow of the American Meteorological Society and the American Geophysical Union. In 2012 he received the Hans Oeschger Medal of the European Geosciences Union. Along with other scientists, he contributed to the reports of the IPCC, which was awarded a Nobel Peace Prize in 2007. He is also a co-founder of the award-winning website www.RealClimate.org. 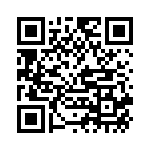