Dan Jones is a British Author, Historian and Journalist. He was born Daniel Gwynne Jones in Reading, England on July 27, 1981, to Welsh parents. Jones was educated at The Royal Latin School before attending Pembroke College, University of Cambridge, where he received a first in History. In addition to his work as a newspaper columnist, Jones writes primarily about the middle ages. His titles include The Wars of the Roses, The Plantagenets and Summer of Blood. 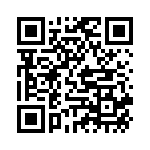