Nancy Condee is on the Slavic and Film Studies faculty at the University of Pittsburgh. She has been Director of the Graduate Program for Cultural Studies for over a decade (1995-2006) and is a Senior Associate Member of St. Antony's College (Oxford University). She is co-founder and co-editor of the journal Studies in Russian and Soviet Cinema, and serves on a number of editorial and advisory boards, including Kinokultura, Critical Quarterly, and Russian Studies in Literature. She is a member of the Russian Guild of Cinema Scholars and Critics (Union of Cinematographers of the Russian Federation) and is one of two US scholars annually for over a decade invited to and supported by the Kinotavr Film Festival (Sochi), Russia's leading post-socialist film festival. She has served for six years as Chair of the Board of Directors of the National Council for Eurasian and East European Research, the largest US grant agency for social-science research in the former socialist bloc. 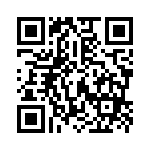