Well sometimes a classic is book that is good to own, but not to read. Innovative as it might have been in it's day, it's more significant on reflection for creating history (arguably being an ... Read full review

Such a hard long slog, but useful points were made. Especially about the roots of sea power and how sometimes the best way to seize land is to hold the seas. Some of the book has been overtaken by ... Read full review

The greatest U.S. military historian and one of the most influential of all nineteenth-century historians, Alfred Thayer Mahan was the son of an instructor at West Point. The younger Mahan, however, attended Annapolis and embarked on a naval career seeing duty in the South Atlantic and Gulf of Mexico against the Confederacy. He taught briefly at Annapolis, but spent most of his academic career at the newly founded Naval War College in Newport, Rhode Island, where he eventually served as president. His lectures at the college formed the basis for his two major works, "The Influence of Sea Power upon History, 1660--1783," published in 1890, and "The Influence of Sea Power upon the French Revolution and Empire, 1793--1812," published two years later. These works attributed the dominance of Great Britain in world politics during the eighteenth and nineteenth centuries to its invincible navy. His ideas were picked up by Theodore Roosevelt in the United States, by Admiral von Tirpitz in Germany, and by Admiral Togo in Japan, and used to justify the building of large U.S., German, and Japanese fleets. Indeed, Mahan was assigned some of the blame for the naval race before World War I. Mahan wrote other books on sea power as well as biographies of Horatio Nelson and David Farragut. He was a founder of the Navy League and fought throughout his life for a Panama Canal. 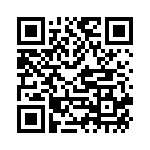