Bernard Lewis is Cleveland E. Dodge Professor of Near Eastern Studies Emeritus at Princeton University, a long-term member of the Institute for Advanced Study in Princeton, and the author of numerous works on the Middle East. 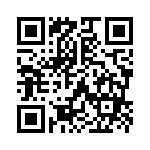