Kyeyoung Park is Assistant Professor of Anthropology and Asian American Studies at the University of California, Los Angeles. 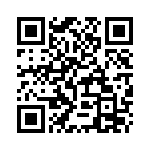