The Life Project: The Extraordinary Story of 70,000 Ordinary Lives

THE LIFE PROJECT: The Extraordinary Story of 70,000 Ordinary Lives

Helen Pearson is a science journalist and editor for the international science journal Nature. She has been writing for Nature since 2001 and her stories have won accolades including the 2010 Wistar Institute Science Journalism Award and two best feature awards from the Association of British Science Writers. Based in London, she has a PhD in genetics and spent eight years with Nature in New York. The Life Project is her first book, and was highly commended at the British Medical Association Book Awards in 2017. 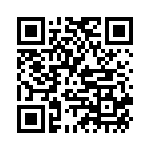