Russell Burns held various appointments in higher education before retiring in 1986. He has been researching and writing on the history of electrical engineering for more than 25 years. His publications include the three books British Television: the formative years, Radar Development to 1945 and Televisions: an international history of the formative years, as well as over 50 papers. An IET fellow, Professor Burns is a past chairman of the IET's History of Technology professional group, Archives Committee and Science Education and Technology Divisional Board. 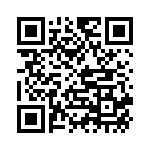