This is a brilliant piece of reference for anyone who want to know about children's culture, from skipping rhymes to jeers for unpopular children, special pranks, practices that have died out and many things that we vaguely recall from a childhood like the "I went to the Animal Fair" rhyme, for one.

Page iv - ... culture' is used here deliberately) which is as unnoticed by the sophisticated world, and quite as little affected by it, as is the culture of some dwindling aboriginal tribe living out its helpless existence in the hinterland of a native reserve.
Appears in 22 books from 1888-2005

Iona (1923-2017) and Peter Opie (1918-1982) began their research together in 1944. Fifteen years later, they published The Lore and Language of Schoolchildren and took their places as, to quote The Guardian, "the supreme archivists of the folklore movement." Since that time, they have jointly published The Oxford Dictionary of Nursery Rhymes, The Classic Fairy Tales, and Children's Game in Street and Playground. After Peter Opie's death in 1982, Iona Opie carried on with their work under his name as well as her own.

Marina Warner's studies of religion, mythology, and fairy tales include Alone of All Her Sex: The Myth and the Cult of the Virgin Mary, From the Beast to the Blonde, and Stranger Magic (National Book Critics Circle Award for Literary Criticism; Truman Capote Prize). A Fellow of the British Academy, Warner is also a professor of English and creative writing at Birkbeck College, London. In 2015 she was given the Holberg Prize. 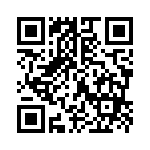