Simon Beckett is the No.1 International Bestselling author of the David Hunter series. His books have been translated into 29 languages, appeared in the Sunday Times Top 10 bestseller lists and sold over 10 million copies worldwide. A former freelance journalist who has written for The Times, The Daily Telegraph, The Independent on Sunday and The Observer, the inspiration for the first David Hunter novel came after a visit to the world-renowned Body Farm in Tennessee introduced him to the work of forensic anthropologists.

As well as co-winning the Ripper Award in 2018/19, the largest European crime prize, Simon has won the Raymond Chandler Society's 'Marlowe' Award and been short-listed for the CWA Gold Dagger, CWA Dagger in the Library and Theakston's Crime Novel of the Year.

In addition to the six David Hunter titles, the most recent of which is The Scent of Death, he has written five standalone novels, one of which, Where There's Smoke, was adapted into a major ITV two-part drama. 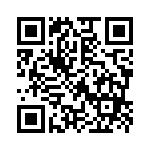