Puja Mehra is a New Delhi-based journalist. In a reporting career of over seventeen years, she has covered government, especially the finance ministry and other economic ministries, Planning Commission, its successor NITI Aayog, Prime Minister's Office and Parliament. She won the Ramnath Goenka Excellence in Journalism Award in 2008 and 2009 for her stories on the impact of the Lehman Brothers' collapse-triggered financial meltdown and the subsequent global economic downturn in India's economy. She has been the economics editor of The Hindu. Puja received her MA in economics from Delhi School of Economics. 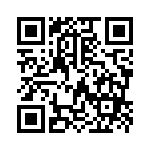