I read about the infamous prison experiment many times but never in such detail - half of the book is a step by step first hand account. Further into the book it also includes other experiments to ... Read full review

What Zimbardo reveals in this text is not only horrifying, but all to real. It sets up a disturbing notion of distrust within people as no one truly knows what others, or even how they themselves ... Read full review

Philip Zimbardo is Professor Emeritus of Psychology at Stanford University and has also taught at Yale, NYU and Columbia. He was elected President of the American Psychological Association in 2002 and is founder of the National Center for the Psychology of Terrorism. Widely respected as an innovative researcher and writer, he presented the award-winning video series Discovering Psychology and his Stanford Prison Experiment has also featured many times on TV. His website www.prisonexperiment.org has received 15 million hits in 4 years, and the one specially set up for this book can be found at- www.LuciferEffect.org 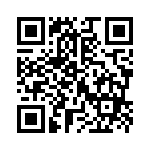