Donald MacKay has had a forty-year career as journalist, broadcaster and author. Descended from Pictou County settlers, and born and educated in Nova Scotia, he was a wartime merchant seaman, has been a reporter for Canadian Press, and covered major stories in a dozen countries for United Press International. He spent a decade as chief European correspondent for UPI Broadcast Services, based in London, and was general manager of UPI in Canada for five years before turning to writing books.

Donald and his wife, Barbara, live in Wolfville, Nova Scotia. 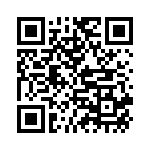