Joel Busher is a Research Fellow at the Centre for Trust, Peace and Social Relations, Coventry University, UK. His primary research interest is in the micro-social processes through which people achieve, or are frustrated in their attempts to achieve, sustained mobilisations, and how understanding these processes can inform policy and practice. 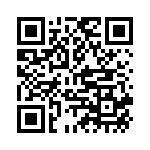