Wilfred Thesiger (1910-2003) was a British explorer and travel writer. He was born at Addis Ababa, Abyssinia (now Ethiopia). Educated at Eton and Oxford, he worked in the Sudan Political Service and later, for a year, as a Political Officer for the Ethiopian Emperor, Haile Selassie. He is best known for two travel books: Arabian Sands (1959) and The Marsh Arabs (1964).

Jon Lee Anderson (introducer) is one of America's most respected foreign correspondents and a staff writer for The New Yorker. He is the author of The Lion's Grave: Dispatches From Afghanistan (2002) and The Fall of Baghdad (2004). 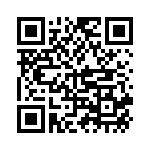