Review: The Mathematics of Poker

Bill Chen was born in Williamsburg, Virginia in 1970 and grew up in Alabama. He received a PhD in Mathematics from the University of California at Berkeley in 1999. He started thinking about poker while a grad student when he augmented his National Science Foundation grant with poker winnings from local clubs. Bill represented PokerStars from 2002 to 2011 and has participated in High Stakes Poker and Poker After Dark. Bill currently lives near Philadelphia. Bill won two World Series of Poker bracelets in 2006.

Jerrod Ankenman grew up in Orange County, California. He received a BS in Business Management from Pepperdine in 2004 and an MS in Applied Mathematics from Columbia in 2010. Jerrod picked up poker as a hobby from reading rec.gambling.poker, and as a career from collaborating on poker with Bill (and others). Jerrod won a World Series of Poker bracelet in 2009. 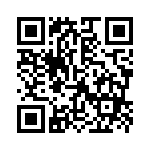