JULIANNE STEWART is Lecturer in Mass Communication at the University of Southern Queensland. She has written about television policy in the Pacific Islands and Papua New Guinea and on new communication technologies in rural Queensland.

BRUCE HORSFIELD is Associate Professor in Communication and Media Studies and Director of the Center for Communication Research and Development at the University of Southern Queensland, Australia. He has published widely on mass communication issues. 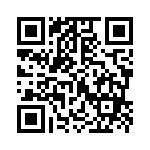