Short book that tells a powerful story -- about the things families don't talk about, about grief, about the many mysteries left by the loss of so many lives in WWII. I love that Rosen links this ... Read full review

The Missing: The True Story of My Family in World War II

This poignant memoir documents the author and poet’s genealogical detective work to discover his relatives’ fates during WWII. Growing up in England, the former British children’s laureate heard about ... Read full review

Michael Rosen is one of the most popular contemporary poets and authors of books for children. He received the Eleanor Farjeon Award for services to children's literature in 1997 and served as Children's Laureate in the UK between 2007 and 2009. His books include the worldwide bestseller We're Going on a Bear Hunt and the award-winning Michael Rosen's Sad Book as well as What’s So Special About Shakespeare?, What’s So Special About Dickens?, and What Is Poetry? He lives in London. 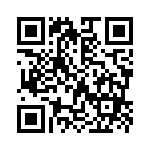