This philosophical treatise is perfect for those whom wish to challenge themselves with a long, yet immerse and mind-blowing read. Full of new words, ideas, and worldviews, The Monodoxy is only the first of twelve disquisitions which form part of The Omnidoxy.

Cometan (born 1 July, 1998) is the first Millettic philosopher and an autodidact of philosophy, the eponymous founder of Cometanism, also known as Astronism and the sole author of the Omnidoxy which immortalised Cometan's identity as a philosopher. Cometan is the mononym, scholarly name, and historical name for Brandon Taylorian who is responsible for founding the Millettarian philosophical tradition which was structured in the document known as The Grand Centrality within which The Omnidoxy, The Millettarian Methodology and other founding works reside. During the construction of The Philosophy of Millettism in particular, Taylorian opted for a cosmic sounding name in the Millettarian onomatological system that uniquely emphasises mononyms and cosmically-themed names.

Millettarian philosophy is interchangeably known as cometanic philosophy which can be summarised as a distinct preoccupation with the affairs, issues, mechanisms, theology and philosophy of The Cosmos as is manifested through the tenet and concept of cosmocentricity. Cometan officially embarked upon a philosophical career from the age of seventeen onwards, but had been developing his writing style, ideas, and stances on various topics from the age of fifteen during the Year of The Gift.

To find out more about the story of Cometan and his accomplishments, please visit www.brandontaylorian.com 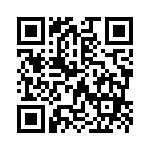