Born on April 26, 1936, Richard Lanham was educated at Yale, receiving a B.A. in 1956, an M.A. in 1960, and a Ph.D. in 1963. After serving in the U.S. Army for two years, Lanham worked briefly for the Smithsonian Institution and then took a position teaching English at Dartmouth College. In 1965, he moved to the University of California at Los Angeles, eventually becoming the executive director of writing programs. He was a National Endowment for the Humanities senior fellow in 1973-74. Lanham is the author of numerous books on writing, including Style: An Anti-textbook, The Motives of Eloquence: Literary Rhetoric in the Renaissance, Revising Prose, Revising Business Prose, Analyzing Prose, and Literacy and the Survival of Humanism. He has also contributed articles to English Literary Renaissance, Modern Language Quarterly, English Studies, and other journals. Richard Lanham married Carol Dana in 1957. 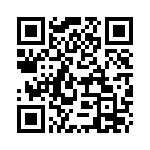