Matsuo Basho was a poet. He traveled throughout Japan. He wrote poems about it... and short essays. Prose and poetry mix. It is a beautiful thing when the two meet seamlessly. ...it was a great ... Read full review

Basho, the Japanese poet and diarist, was born in Iga-ueno near Kyoto in 1644. He spent his youth as companion to the son of the local lord, and with him he studied the writing of seventeen-syllable verse. In 1667 he moved to Edo (now Tokyo) where he continued to write verse. He eventually became a recluse, living on the outskirts of Edo in a hut. When he traveled he relied entirely on the hospitality of temples and fellow-poets. In his writings he was strongly influenced by the Zen sect of Buddhism. 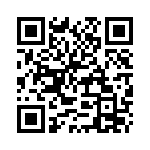