Sir Lawrence Freedman is Professor of War Studies at King's College where he is currently Vice Principal. He has written extensively on military strategy, cold war history and contemporary conflict and is a regular newspaper columnist. 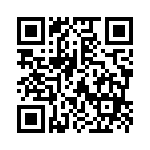