The Other Side of the Mirror: An American Travels Through Modern Syria

In this lovely book, Allen (Moral Minority: Our Skeptical Founding Fathers) sharply challenges the image of Syria as a hostile and extremist enemy. Two visits to Syria in 2009 allowed her to explore ... Read full review

\Brooke Allen: Brooke Allen's critical writings appear frequently in the New York Times Book Review, the Atlantic Monthly, The New Criterion, The Hudson Review, and The Nation. Her Twentieth-Century Attitudes was a New York Times Notable Book of the Year. Her most recent book is Moral Minority: Our Skeptical Founding Fathers. 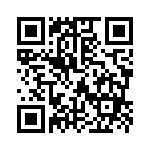