The Oxford companion to the mind

First published in 1987, this second edition contains over 1000 alphabetically arragned entries on all aspects of the mind, including topics in neurophysiology, communication, psychology, and ... Read full review

Richard L. Gregory, CBE, FRS, is Emeritus Professor of Neuropsychology at the Department of Experimenttal Psychology, Bristol University. He is a world expert in human visual perception, specializing in investigating brain strategies and theories of perception, and in artificial intelligence. He is
also very active in establishing hands-on science centres (as founder and president of the Exploratory in Bristol). 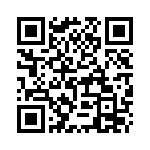