Loren Cordain is an American scientist who specializes in fields of nutrition and exercise physiology. He is notable as an advocate of the paleolithic diet and a researcher into paleolithic nutrition; he wrote numerous peer-reviewed articles on the subject, as well as several popular books, most notably, "The Paleo Diet". Loren Cordain got a B.S. in Health Sciences from Pacific University, Forest Grove, OR, in 1972. He is currently a tenured professor in the Department of Health and Exercise Science at Colorado State University. In 1978 he got his M.Sc. in Exercise Physiology at the University of Nevada-Reno, Reno, NV. In 1981 he was awarded his Ph.D. in Exercise Physiology by the University of Utah, Salt Lake City, UT. His title, The Paleo Diet, made The New York Times Best Seller List in 2013. 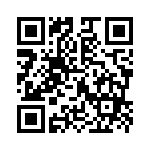