Fucking painful to read, not because of style but because of the contents. It's more annoying than reading about it in the news when it was happening because back then we still thought it would have an effect. Now it's purely of educational value. Read full review

'Reads like a thriller,' meaning it's fast paced, shallow, interesting, uninformative, and atrociously translated. For goodness sake, one just doesn't use the historical present in English! A great project, but a mediocre book. Read full review

Frederik Obermaier and Bastian Obermayer are award-winning investigative journalists at Süddeutsche Zeitung, Germany’s largest broadsheet. The first people to have access to the Panama Papers, they were previously part of the international team of journalists who revealed the Offshore Leaks, Luxembourg Leaks and Swiss Leaks. In 2017, they received the Pulitzer Prize in Explanatory Reporting, and were finalists in International Reporting. 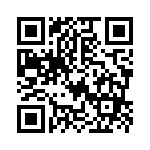