David Judge is Reader in Government at th University of Strathclyde. His previous publications include Backbench Specialisaton in the House of Commons (1991) and Parliament and Industry (1990). 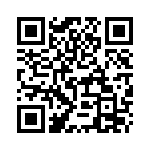