A beginning to the discussion of life on the home front. North Americans, like myself, can only approach the experience of steady air attack and the day to day grind of the rationing of practically ... Read full review

An amazing compendium of facts and reports of England's struggle in World war II, organized mostly chronologically, subdivided in such a way that roots of difficulties and obstructions are visited to ... Read full review

Angus Calder is Reader in Cultural Studies and Staff Tutor in Arts with the Open University in Scotland. He read English at Cambridge and received his D. Phil from the School of Social Studies at the University of Sussex. He was Convener of the Scottish Poetry Library when it was founded in 1984. His other books include Revolutionary Empire and The Myth of the Blitz. He has contributed to many Open University courses, notably on 'The Enlightenment', 'Popular Culture' and 'Literature and the Modern World'. 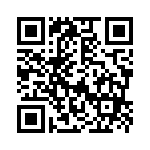