While most books on the history of piracy provide the usual historical narrative based on well-known biographies and events, the book explores the history of piracy in order to reflect and illuminate much larger political and historical issues as the nature of European imperialism, fundamental transformations in the nature of capitalist exchange between the eighteenth and the nineteenth century, fundamental shifts in the history of international law and the constitution of the modern international order. In short, the book shows convincingly why piracy is an important subject to consider when reflecting upon the history of our contemporary globalized world. One one hand, it shows how critical theory may be used to better understand the history of piracy and imperialism. On the other, it shows how the history of piracy may help us to understand - and sometimes criticize - the work of authors such as Karl Marx, Carl Schmitt, Michel Foucault, Giorgio Agamben etc.
Personally, I am writing a dissertation on British imperialism in South-East Asia, and the subject of the book was only secondary to my research topic but it really helped me to think about much wider issues. It is a really enjoyable, highly intellectual read and I strongly recommend it.

I have just finished reading this... and it is quite simply the best book on pirates I have read since The Many-Headed Hydra. It is a huge relief since most of the stuff on pirates out there is so disappointing. This is a book that makes you think and smile. It covers a huge historical timeframe - from Roman times until today - and it is at once a book of history, a cultural studies masterpiece, and a deep philosophical reflection in the tradition of people like Agamben, Negri etc.
I don't know what it is, but it is really good.

Amedeo Policante is based in Department of Politics, Goldsmiths College 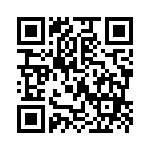