This is the story of eight English kings during the colorful High Middle Ages. It's a good introduction, but limited by the lengh of time covered, necessitating brief coverage of many topics, despite ... Read full review

Dan Jones took a first in History from Pembroke College, Cambridge in 2002. He is an award-winning journalist and a pioneer of the resurgence of interest in medieval history. His first book on the Peasant’s Revolt received widespread critical acclaim. This is his second book. He lives in London. 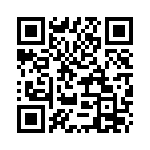