J. A. G. GRIFFITH was born in 1918 and educated at Taunton School and the London School of Economics and Political Science (LSE). He has been on the staff of the LSE since 1948, becoming Professor of English Law in 1959 and of Public Law from 1970 until his retirement in 1984. From 1956 to 1981 he edited Public Law. His books include Principles of Administrative Law (with H. Street), Central Departments and Local Authorities, Government and Law (with T. C. Hartley), Parliamentary Scrutiny of Government Bills, Public Rights and Private Interests and Parliament (with Michael Ryle). 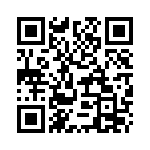