THE PROGRESS OF LOVE

More splendid examples of Munroe's unusual way with the story: how she seems to write about nothing fixed or stable, to pile on specificity upon dense specificity, then have the story resolve movingly ... Read full review

The progress of love

A prize-winning Canadian author, Munro has been praised for such works as The Moons of Jupiter ( LJ 5/15/83) and The Beggar Maid ( LJ 10/1/79). Her new collection of 11 stories thoughtfully explores ... Read full review

Alice Munro grew up in Wingham, Ontario, and attended the University of Western Ontario. She has published thirteen collections of stories as well as a novel, Lives of Girls and Women, and two volumes of Selected Stories. During her distinguished career she has been the recipient of many awards and prizes, including three of Canada’s Governor General’s Literary Awards and two of its Giller Prizes, the Rea Award for the Short Story, the Lannan Literary Award, England’s W. H. Smith Book Award, the National Book Critics Circle Award, and the Man Booker International Prize. In 2013 she was awarded the Nobel Prize for Literature. Her stories have appeared in The New Yorker, The Atlantic Monthly, The Paris Review, Granta, and other publications, and her collections have been translated into thirteen languages. She lives in Clinton, Ontario, near Lake Huron. 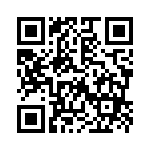