Ever careful of confirmation bias, I wonder over and over if the poverty and misery is proportional to the slavish attention to superstition and mythology. 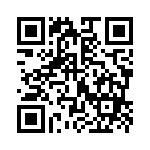