On the plus side, it's a detective story, set in the early days of both the Railways and the Detective Section of the Met Police. The author seems to have done his research, such as having the ... Read full review

In 1851 a mail train is hijacked, robbed, and the engine run off the track, Scotland Yard Detective Inspector Robert Colbeck and Sergeant Lemming take on the case. The question to be answered was how ... Read full review

Edward Marston has written over 100 books, including some nonfiction. He is best known for his hugely successful Railway Detective series, the latest of which is The Circus Train Conspiracy. His other current series are the Home Front Detective, set in the Great War, and the Bow Street Rivals featuring identical twin detectives during the Regency. 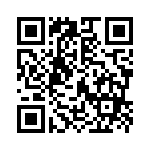