Peter Oborne is an award-winning writer, journalist and broadcaster who has worked for various newspapers, including thenbsp;Spectator, thenbsp;Daily Mail and thenbsp;Daily Telegraph, where he was the chief political commentator until his resignation from the paper in 2015. He now writes fornbsp;Middle East Eye. He is the author of numerous books, includingnbsp;The Rise of Political Lying (2005),nbsp;The Triumph of the Political Classnbsp;(2007) andnbsp;Wounded Tiger (2014). He lives in West London. 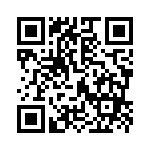