Peter Brown is Emeritus Professor of History at Princeton University. He is a celebrated scholar and author of numerous seminal historical works, which include Augustine of Hippo (1967, 2000), The World of Late Antiquity (1971), The Cult of the Saints (1982), The Body and Society (1988), Power and Persuasion in Late Antiquity: Towards a Christian Empire (1992), Authority and the Sacred: Aspects of the Christianization of the Roman World (1995), Poverty and Leadership in the Later Roman Empire (2002), and the forthcoming Through the Eye of a Needle: Wealth, the Fall of Rome, and the Making of Christianity in the West, 350-550 AD (2012). 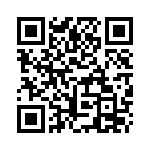