Dr Azeem Ibrahim obtained his PhD from the University of Cambridge and served as a Research Fellow at the International Security Program at the Kennedy School of Government at Harvard, a World Fellow at Yale, Fellow and Member of the Board of Directors at the Institute for Social Policy Understanding and an Adjunct Research Professor at the Strategic Studies Institute US Army War College. He founded and actively chairs a private grant-giving foundation (www.ibrahimfoundation.com) focusing on innovative community projects. He served as a reservist in the UK's 4th Battalion Parachute Regiment. When not running his business interests across the world he teaches at the Harris Public Policy School, University of Chicago. 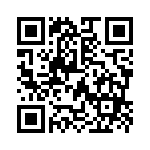