Because of its pivotal scene, which involves the stoning to death of a baby by a gang of young toughs in a London park, Edward Bond's first major production, Saved (1965), was banned in its entirety by the Lord Chamberlain. In drawing attention to the plot, the censor drew attention away from the play's techniques. A distracting violence is still the center of Bond's works Early Morning (1968), The Sea ( ), and The Bundle (1978). Bond's violence is not simply an image of evil or crude dramatic shock. It is meant as something to come to terms with intellectually, or even-as in The Bundle-to be agreed to, as the price of effective action. In its obviousness, Bond's brutality challenges the audience to acknowledge its own hidden, structural ruthlessness. The playwright's ideas, however, often seem inadequately worked out and inadequately expressed in prefaces that share nothing of the vivacity and clarity of those of George Bernard Shaw. Bond has never lost touch with an impressive stiff poetry of the stage, which is most evident in Bingo, about Shakespeare's last days, and The Fool (1976), about the madness of the poet John Clare. Among Bond's more recent works are The Worlds (1979), and a trilogy, The War Plays (1985). 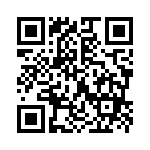