When the HMAS Sydney was attacked by The Kormoran in NW Australia. My father, James Stewart was on HMAS Yandra. They were sent an SOS to try and rescue any sailors. When the Yandra arrived, unfortunately no sailors could be saved. The ship had gone down. The Yandra took on board 80 sailors from the Kormoran as prisoners and took them to Exmouth and Fremantle jails. Dad had an idea as to approximately where the HMAS Sydney went down, no one in the authorities were listening. 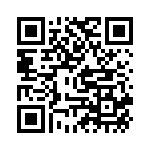