Andrew Pinsent is Research Director of the Ian Ramsey Centre for Science and Religion, University of Oxford. 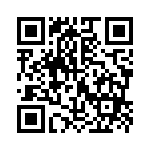