Andrew Mawson's story is fascinating, especially as I remember being part of an official United Reformed Church visit to Bromley-by-Bow in the 80s. He has achieved a great deal and is to be commended ... Read full review

Andrew Mawson's career in the social sector has spanned over 20 years. He developed the renowned Bromley-by-Bow Centre in East London and cofounded the Community Action Network in 1998. He is currently involved in developing London's Water City. He was awarded a Life Peerage in 2007 and in the same year was named in the Evening Standard as one of London's most influential people. The Social Entrepreneur is published by Atlantic in 2008. 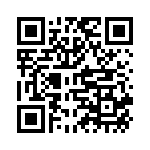