Despite his reputation for run on sentences and incomprehensible writing I have to say I've read a lot worse. I found myself agreeing with the detail although I didn't agree with the overall framework. I don't agree with his functionalist world view and I still.think that he puts too little emphasis on structure. However he is brilliantly integrative and a delight for any intellectual who eschews Marxism but wants a framework from which to view the world and to reassure themselves that their worth it as intellectuals, (such a shallow lot). 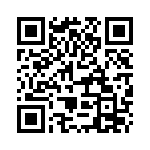