The Speed of Sound: Breaking the Barriers Between Music and Technology: A Memoir

Thomas Dolby became one of the most recognizable figures of the synth pop movement of early-’80s new wave. He played synth on Foreigner’s 4, Def Leppard’s Pyromania and Joan Armatrading’s Walk Under Ladders and supported David Bowie at Live Aid. He also wrote the score for Fever Pitch.
His last studio album was 2011’s A Map of the Floating City, which featured with guest appearances from Mark Knopfler, Regina Spektor, Imogen Heap, and others. He lives in Suffolk. 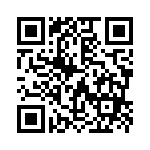