12 THE SPYING GAME
though it is illegal. But I never said that I would do it, in fact what they
didn’t show was that I tried to explain how it should be done legally, by infiltration. Some time after this meeting the show’s producers contact me
and say they’d like to do a feature on me which will include a studio
interview and some footage of me around Manhattan. I still have no idea
that the Swiss ‘client’ is their stooge. When I get in the interview chair
they accuse me of being prepared to take on illegal work spying on US
companies, and then screen the very short snippet of me acknowledging
this to their stooge. I get up and leave the set. They seem to think this is a
great victory, I don’t.
If their aim has been to cripple my reputation, they get it seriously
wrong. Because of that show my agency receives a large number of
inquiries from potential clients all needing undercover investigations.
One of these people is the man I am now talking to in Central Park and
trying to calm down. I ask Zeri to explain exactly what has happened that
has caused us to meet like this in the deadly predawn hours.
I already know that Rocky was a former Zeri employee living in Rome.
That he had some important stolen paintings and photos which connected
Zeri to a crime and he had been trying to extort money from Zeri for their
return. Claudio had explained all of this to me some months ago.
But Claudio has received a call from Rocky’s current lover, an Algerian
named Abu. The previous evening Abu had seen Rocky abducted in a
Roman street by three men. In the morning the police told Abu that they’d
found Rocky’s body. He had been run over by a bus or truck. Abu was
distraught, and terrified he might be next. Zeri’s first thought was that I
had organized Rocky’s death on his behalf. He was still in shock when he
made that call to me earlier, asking for the meeting.
By now Claudio is calmer but he’s still dazed. I tell him to go home and
rest. I will make some calls of my own to try to find out what the police
know. Fortunately I have hundreds of contacts worldwide, and several in
Rome itself from my Onassis and Dubai days, who are now high-ranking
brass. If anybody can tell me what’s happened, they will. We leave with a
handshake and an arrangement to meet at the same spot soon.
I’m certainly surprised by all this, even though it takes a lot to unsettle
me. Rocky is an extortionist. He has stolen property in his possession.
Two Van Goghs and a Cezanne. He is offered a huge sum for their return.
Then three men abduct him. Shortly afterwards, he’s dead. It sounds
professional, but I’m trying not to jump to conclusions. This other man, his
lover Abu, could be lying.
But now when I think about it I’m not at all surprised that Claudio
thought I ordered the killing. People often mistake me for a hired
assassin. In fact, that’s how I came to visit New York City the very first
time, in the early 1970s.
DEATH IN NEW YORK 13
It was December. I was in my twenties and it was my first time
out of Australia since I’d arrived there as a young boy. I was
booked into the Algonquin Hotel on West 44th Street in
Manhattan, having been paid a huge sum of money to kill a
wealthy New York banker.
I had never seen so many cars, so many people. It was colder
than I could ever have imagined. In Sydney I had left behind a
wife, two infant sons, and more problems than one normally
associates with a Ford Capri. My new business, my detective
agency, had been going slower than the Northern Ireland Peace
Process. My Volkswagen had been repossessed, the house
payments weren’t being made. The Fiat 125 was getting
nervous.
Forty-eight hours earlier one of my old clients had contacted
me to say he had a job for me. We met at the Wentworth Hotel.
The Wentworth was one of those marble and mahogany grottos
for businessmen and politicians that dotted the globe until the
mid-seventies. Then it

I am Frank Monte this book was re released in 2003 by Vapula Press and was never Ghost written by Dave Warner who was not part of the process except at the beginning, when he was fired! I guarantee all that what is in the book is true and correct and I wrote it.

Dave Warner is an author, screenwriter and musician from Australian, born in 1953. City of Light was his first novel published in 1995. He has written seven more novels and five nonfiction books. He was the winner of the 2016 Ned Kelly Awards best novel category for Before It Breaks, given by the Australian Crime Writers Association. He was the leader of the band Dave Warner from the Suburbs. They released albums in the 1970s and 1980s. He was awarded the living treasures award 2015 from the Western Australian state government. The award is given to `highly regarded and skilled' career artists who have worked within or created work about Western Australia, passed on their knowledge to other artists, and demonstrated a commitment or contribution to the Western Australian arts sector. 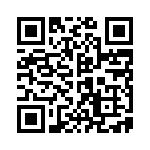