Frederic Morton was born Fritz Mandelbaum on October 5, 1924 in Vienna, Austria. He fled with his family to Britain in 1939 and immigrated to New York City the following year. The senior Mandelbaum changed the family name in order to join an anti-Semitic labor union. Morton went to a trade school and became a baker. He later attended City College of New York and Columbia University, where he studied literature. His best-known work was The Rothschilds, about the banking family, which became a Broadway show. His other nonfiction works included A Nervous Splendor: Vienna, 1888-1889, Thunder at Twilight: Vienna 1913-1914, and a memoir, Runaway Waltz. He wrote several novels during his lifetime including The Hound, The Schatten Affair, Snow Gods, An Unknown Woman, and The Forever Street. In 2002, the city of Vienna distributed 100,000 copies of The Forever Street to residents for free. He received the Cross of Honor for Arts and Sciences in 2003. He died on April 20, 2015 at the age of 90. 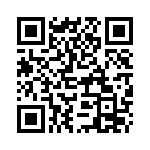