Katherine Schreiber is arecovering exercise addict and writer whose work has been published inPsychology Today, where she previously worked as an editor,TIME Healthland, Weight Watchers Magazine, on Greatist.com, and on Psychcentral.com. She has also appeared on ABC Nightline, currently lives in New York City, and is working on her second book about female sexuality and double lives.

Heather A. Hausenblas, PhD, is an internationally renowned physical activity and healthy aging expert, researcher, and author. Her research focuses on the psychological effects of health behaviors across the lifespan. Hausenblas is the coauthor of 5 scientific books, and she has published more than 90 scientific journal articles. She has conducted more than 200 national and international scientific presentations. She has also received several research awards and grants. She was a faculty member and director of the Exercise Psychology Lab at the University of Florida from 1998 to 2012. She is currently an associate professor at Jacksonville University in the College of Health Sciences. 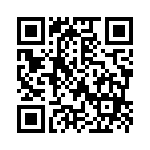