Back in the 1950's this book was all the rage. Now? I think it is still relevant,but in different way. In the United States science and the humanities are casted aside by certain sectors of the left ... Read full review

As a maths and physics graduate, I observe that most compilers of the best books of all-time lists are, self-evidently, not from my side of the cultural divide. They should at the very least, it seems ... Read full review

C. P. Snow was born on October 15, 1905 in Leicester, England. He graduated from Leicester University and received a doctorate in physics at the University of Cambridge. After working at Cambridge in molecular physics for about 20 years, he became a university administrator. During World War II, he was a scientific adviser to the British government. He was knighted in 1957 and created a Baron in the life peerage in 1964. He wrote an 11-volume novel sequence collectively called Strangers and Brothers, which was published between 1940 and 1970. His other works of fiction include Death Under Sail, In Their Wisdom, and A Coat of Varnish. He also wrote several non-fiction works including The Two Cultures and the Scientific Revolution, Public Affairs, Trollope: His Life and Art, and The Realists: Eight Portraits. He died on July 1, 1980 at the age of 74. 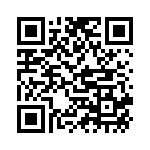